Throughout our journey we were introduced to two other features commonly included in Iranian houses and hotels.

First, about their elaborately-decorated front doors, they used to attach two separate types of door knockers—one for men and one for women.

In keeping with Iranian and Islamic customs, when a woman is in public, she must wear a hijab (a scarf for covering a women’s head and hair).

But when she is at home, in the company of her family, she can be more relaxed and she can leave off her hijab.  But this brings up problems when someone comes knocking at the front door.

If it is a man, the woman must don her hijab before answering the door. If it is another woman, she can just go to the door without a hijab and welcome her female friends in.

To solve this problem, the Iranians used to keep 2 different knockers on their doors.

If a man comes, he uses the door knocker that looks like a thick bar of metal (the one on the left in the image above). The bars create a deeper sounding knock.

If a woman comes, she uses the door knocker that looks is a shaped as a ring of metal (the one on the right in the image above). The rings create a lighter sounding knock.

So just by the tone or sound, the people inside would know who was at the door. 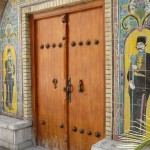 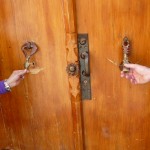 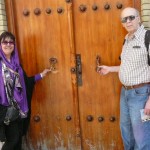 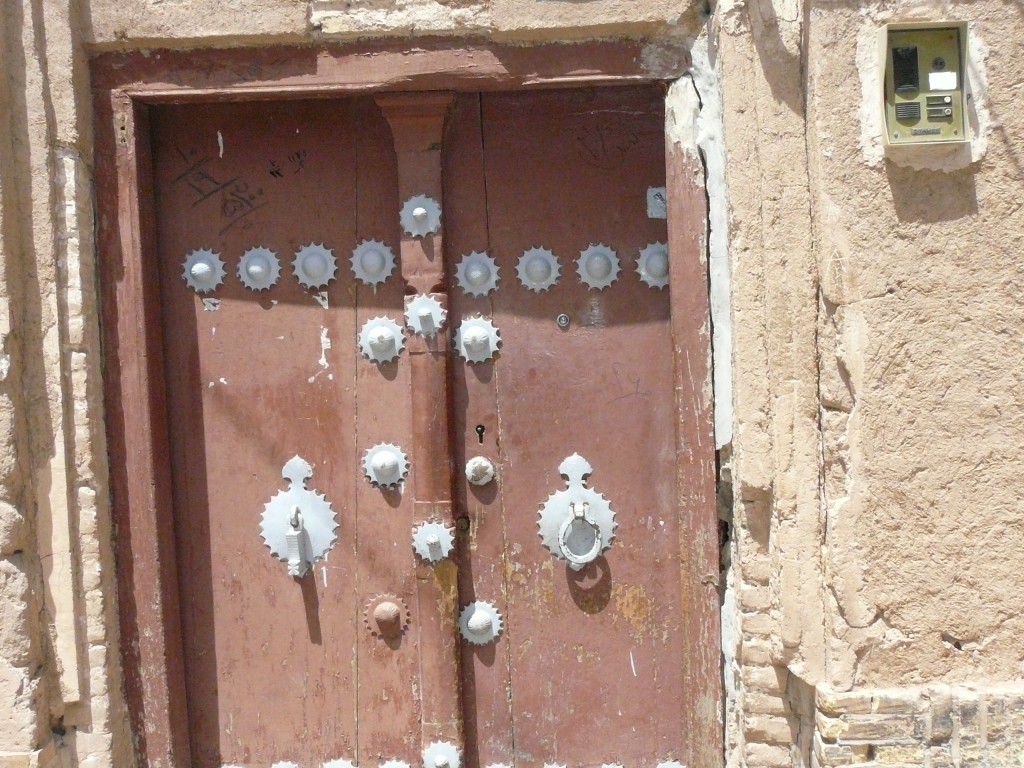 Another element called Kebleh (in Farsi) we had seen in Indonesia (called Kiblat there). This is a discreet design painted on the ceiling corner of every hotel room pointing toward Mecca in order for Muslims to know in which direction they should pray. 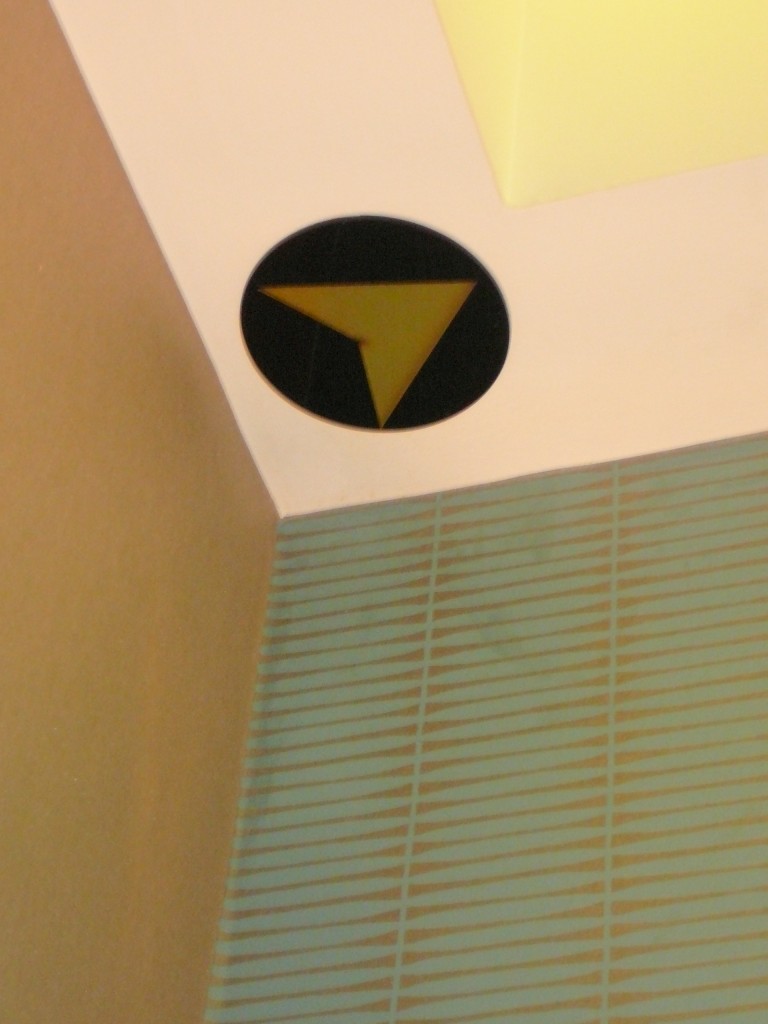 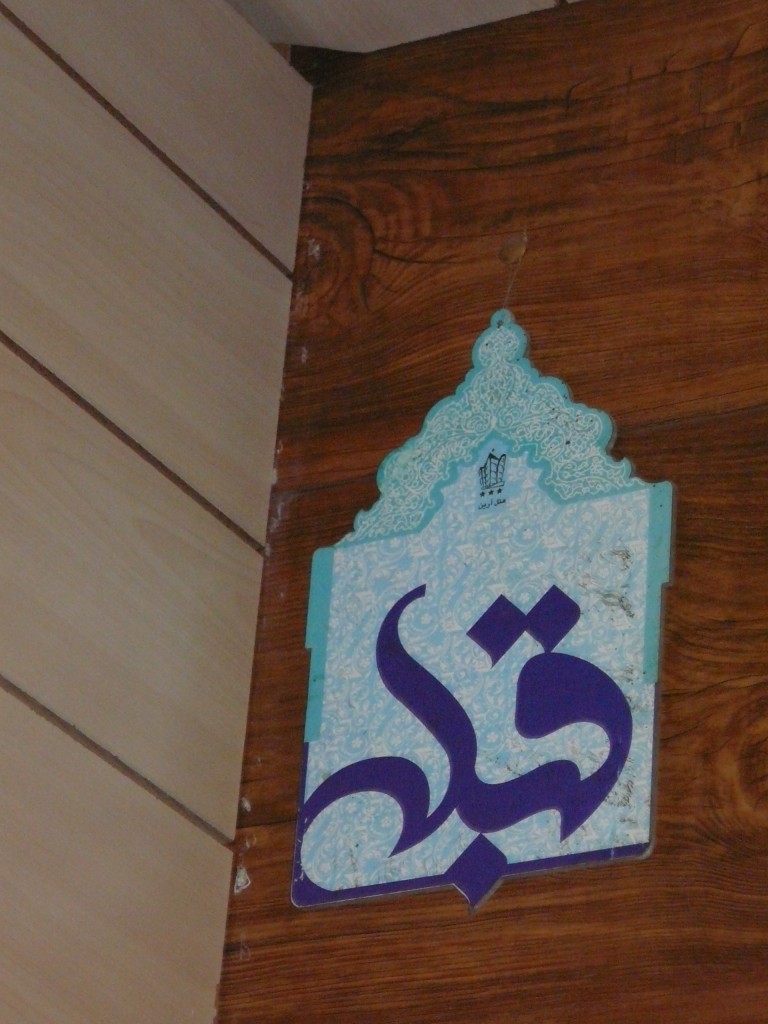