Steve and Pat Kutay love to travel. Steve enjoys investigating native cultures and glimpsing behind the curtains to see how people live.

Pat ensures they find the best shopping districts and stay in the finest hotels.

Steve makes sure they experience the full flavor of the destinations they visit, while she likes the comforts. Together, they make ideal travel companions. 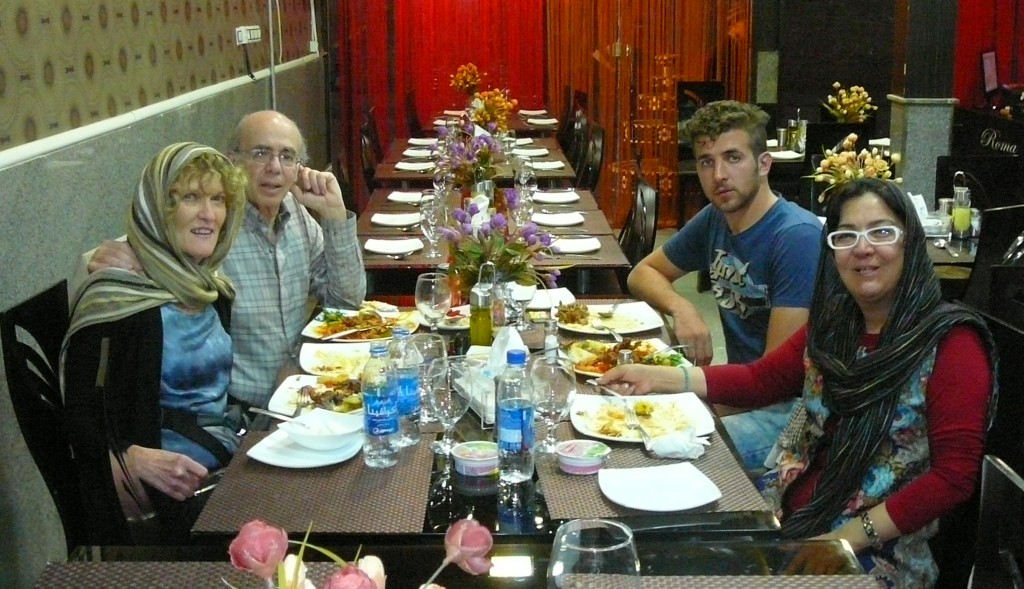 That’s Pat and Steve on the left.

As owners and operators of Iran Luxury Travel, Steve and Pat are anxious to share their finds with others who have a passion for travel, yet don’t care for the standard cattle-like tours offered through larger companies.

Iran Luxury Tours, in contrast, provides a service for people like themselves — intelligent, curious travelers who prefer to set their own pace.

Steve honed his ear for language and his curiosity about the world at an early age. In college, Steve majored in Russian and thought perhaps he might become an academic. But he was a traveler at heart, and little kept him in one place through various jobs around the world. He worked primarily as an interpreter and eventually became proficient in seven languages.

In the late 1970s, Steve opened a shop in Greenwich Village to sell the items he collected while he traveled the world. His favorite tours were up and down the rivers in New Guinea. Wherever he went, he found treasures to import to his shop.

It took the stable home that Pat created to finally tame her husband’s free spirit. They sold the shop in New York and moved to Santa Fe, New Mexico, and eventually to North Carolina. Pat keeps the travels down to two or three trips a year. “She’s a good sport,” Steve says. “I’ve dragged her on some pretty crazy trips.”

In 2001, the Kutays traveled the Karakoram Highway, often abbreviated to KKH. It’s the road that leads from Pakistan into Western China. The KKH is considered to be one of the premier trips for world travelers. A road trip to Tibet also tops his list of favorites. And Iran revealed previously unknown treasures for the couple.

After visiting more than 80 countries, Steve believes that what’s important are:

Through their introductions, the couple has learned that the politics of a nation don’t matter as much as the people you connect with. The connections make all the difference. That’s the Iran Luxury Tours difference.

See the beauty of modern Iran and discover the history of Ancient Persia for yourself. Call Iran Luxury Travel at 1-919-726-2044 or contact us online for more information on travel to Iran.

Book a tour for five or more people and earn a free tour for yourself, including airfare. Call for details today.