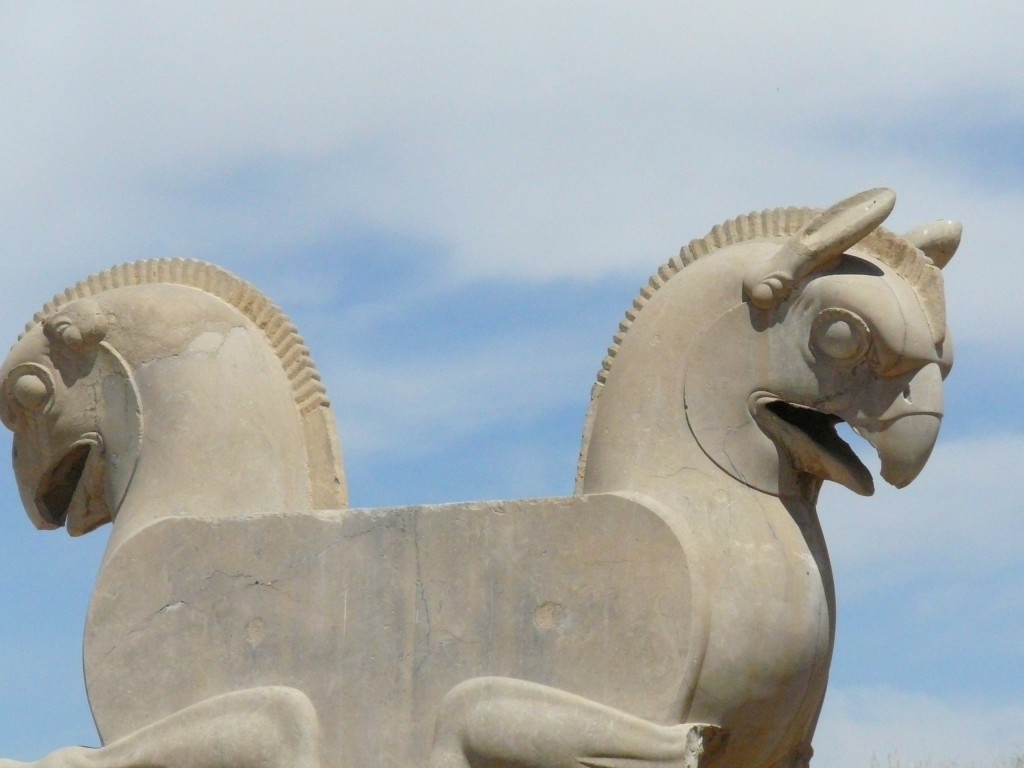 Persepolis – the City of the Ancient Persians

Leaving Shiraz and heading for Yazd, we made two memorable stops. The first is probably the most famous historical site in all of Iran: Persepolis (the City of the Persians, a name given by the Greeks).

The earliest remains of this city date back to 515 BC. It exemplifies the Achaemenid style of architecture. UNESCO declared the ruins a World Heritage Site in 1979:

“Founded by Darius I in 518 B.C., Persepolis was the capital of the Achaemenid Empire. It was built on an immense half-artificial, half-natural terrace, where the king of kings created an impressive palace complex inspired by Mesopotamian models. The importance and quality of the monumental ruins make it a unique archaeological site.”

This is an enormous complex of ruins, monumental staircases, gateways and halls, including the Palace of 100 Columns. 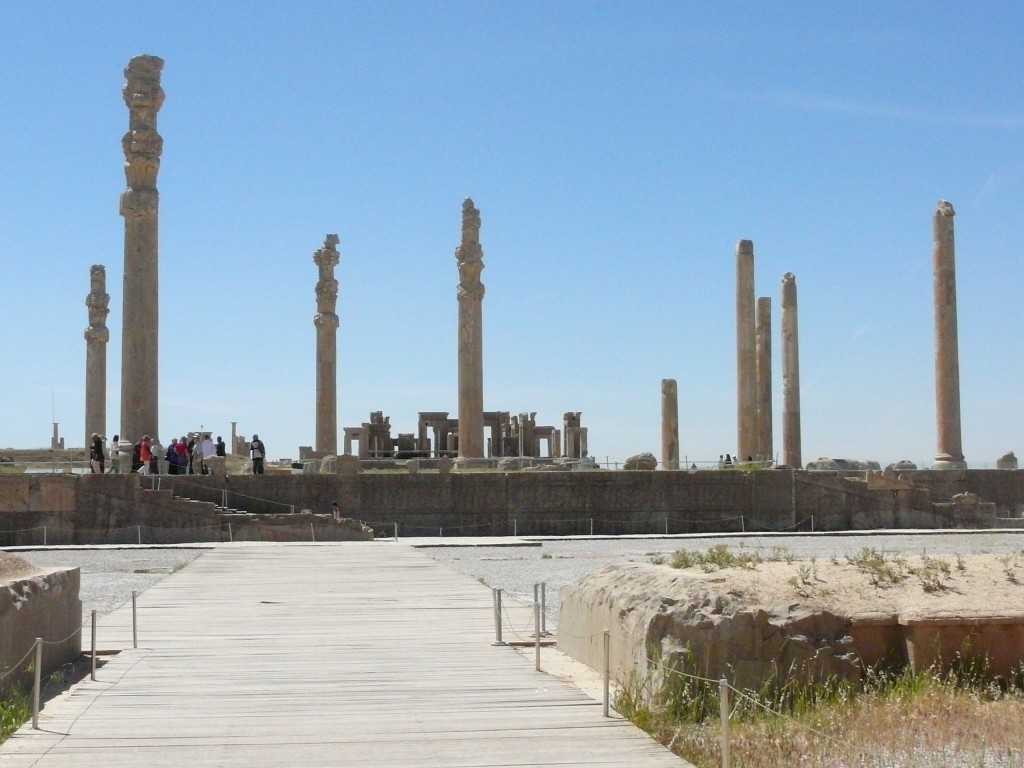 Unfortunately, Alexander the Great and his army destroyed much of it and on top of that, it all lay hidden, covered in sand, until the 1930s when an excavation revealed its riches.

Here we learned about Darius I and Xerxes as Nahdi, our guide, narrated the stories depicted in the bas reliefs that are the most eloquent surviving masterpieces of ancient Persia. We spent over two hours in Persepolis, a fraction of what it calls for.