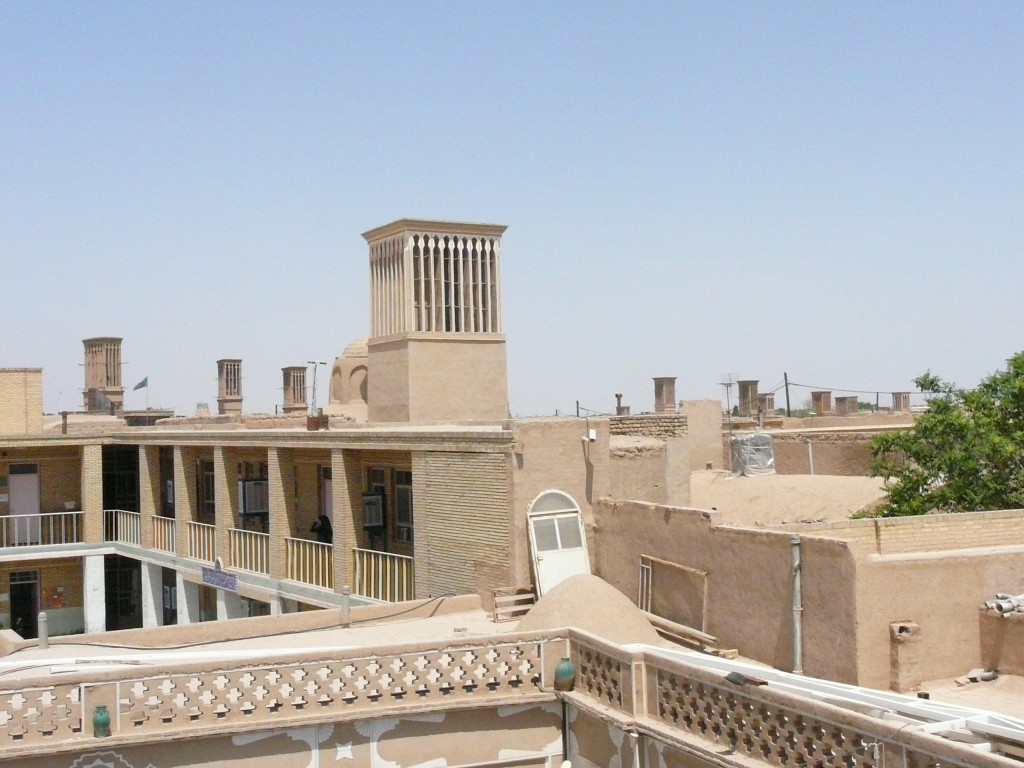 It was was in Yazd that we discovered the ancient equivalent of air conditioning, a tall four-to-eight-sided structure called a badgir.

Badgirs are wind catchers and are visible on almost every rooftop over the city, built into many houses and public buildings. They have the capacity to draw out the hot air and return cool air down below, a startling feat of design.

“A Badgir or windcatcher is a traditional Persian architectural element to create natural ventilation in buildings. The windcatcher’s effectiveness had led to its routine use as a refrigerating device in Iranian architecture.

Many traditional water reservoirs (ab anbars) are built with windcatchers and are capable of storing water at near freezing temperatures during summer months.

The evaporative cooling effect is strongest in the driest climates, such as on the Iranian plateau, leading to the ubiquitous use of windcatchers in drier areas such as Yazd. In the Yazd, all windcatchers are either four- or eight-sided. “

After eating lunch and feeling refreshed, we continued to explore Yazd’s narrow lanes and before long, we ran across a violin maker who invited us into her workshop and showed us her beautiful handiwork. 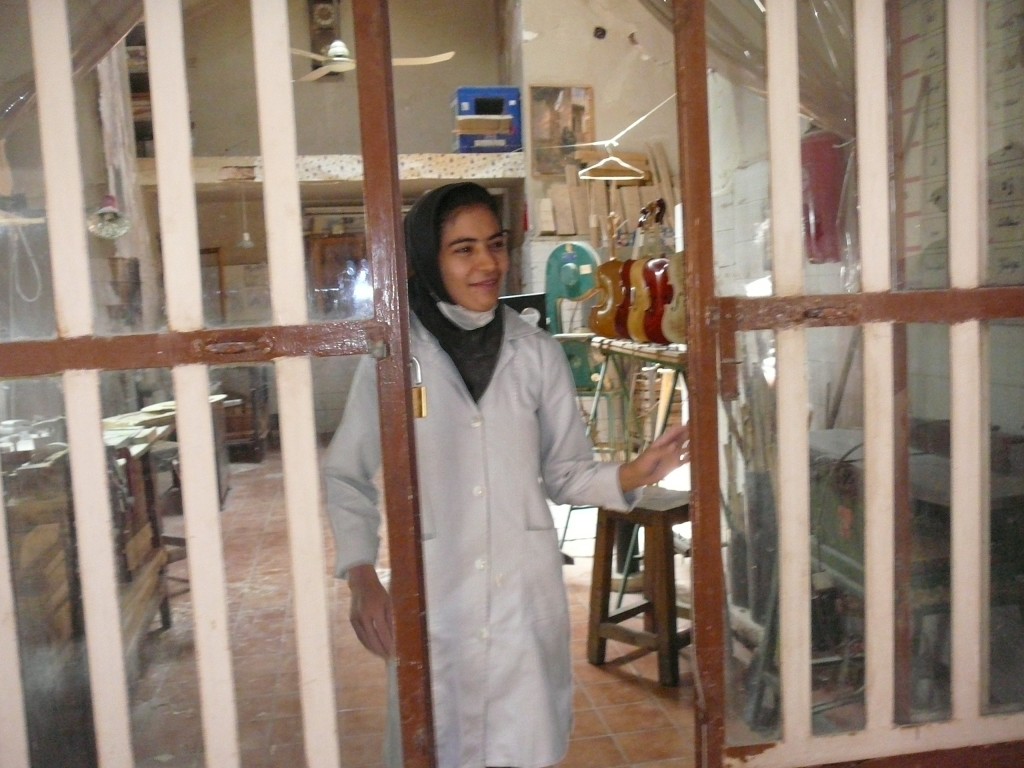 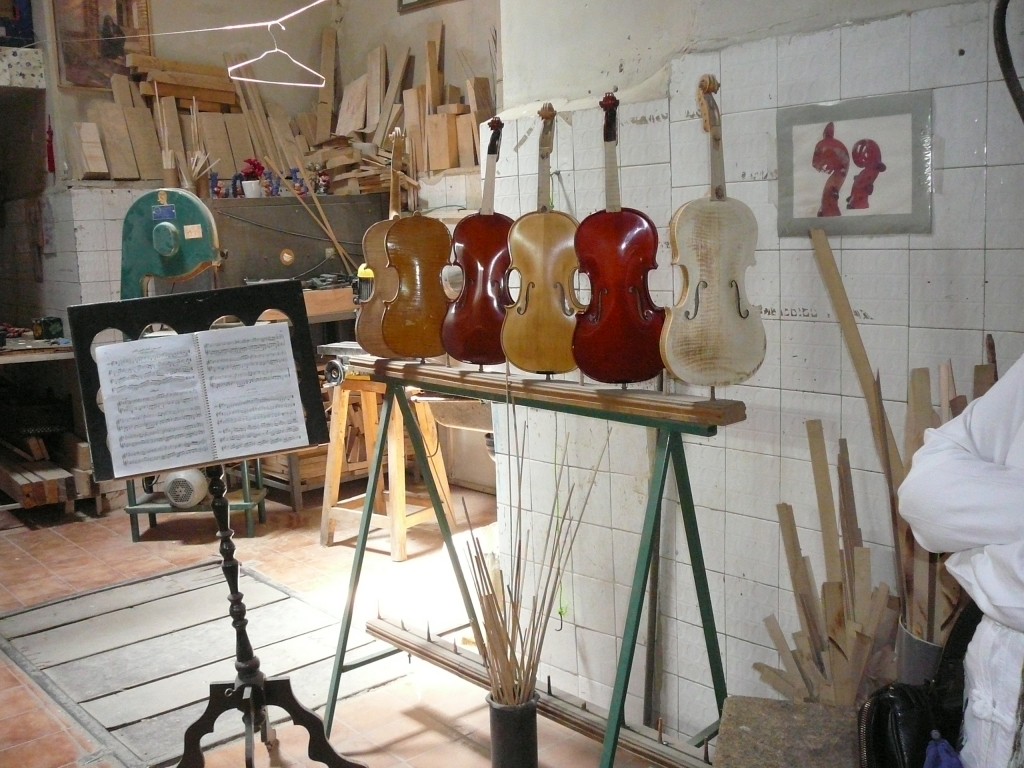 The other major sight in Yazd we wanted to visit was the Water Museum which details the complex water system developed here over 3,000 years ago. Another building nearby housed a 900-year-old reservoir. 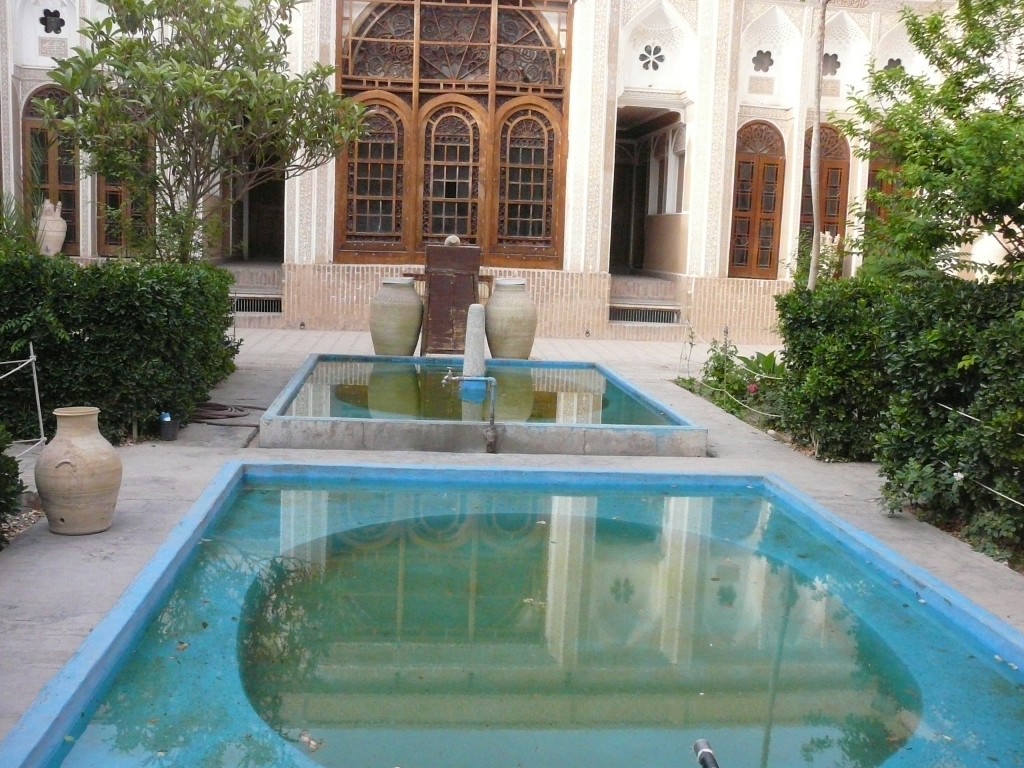 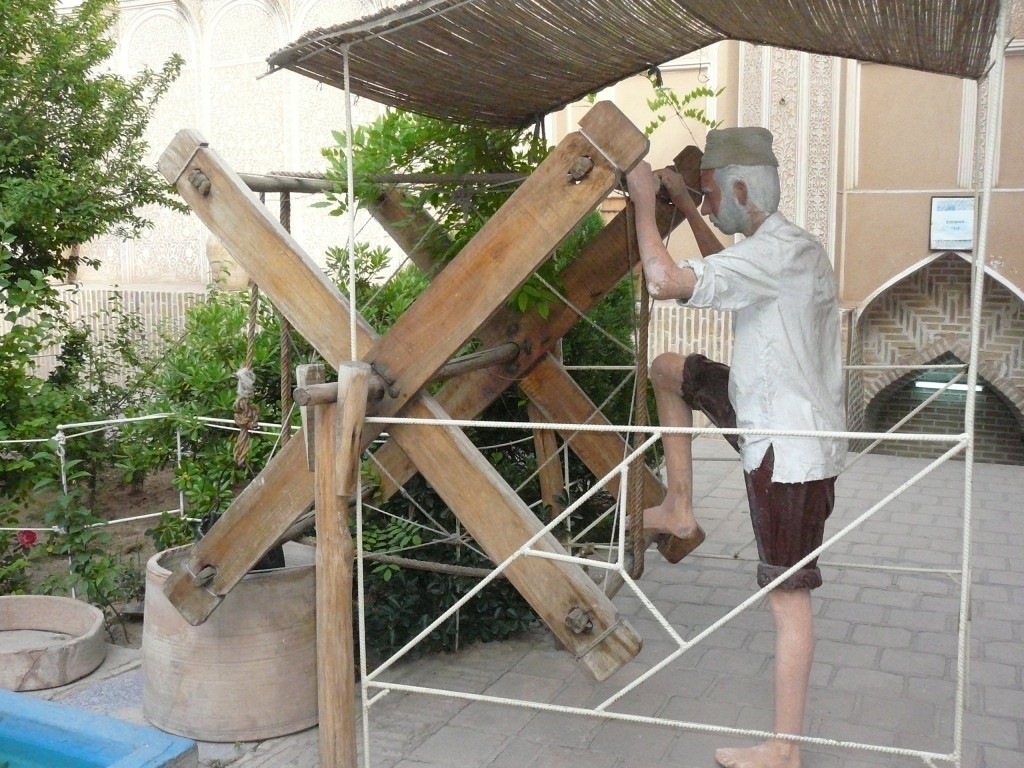