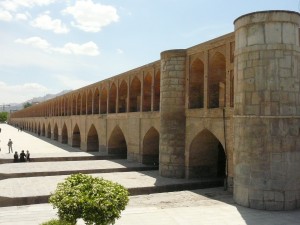 Bridge of Royals in Isfahan

We had another memorable experience in Isfahan, which has eleven long, wide bridges with rooms on either side. Particularly impressive was the “Bridge of Royals,” a breath-taking architectural gem of three levels adorned with graceful rows of arches, one after the other. 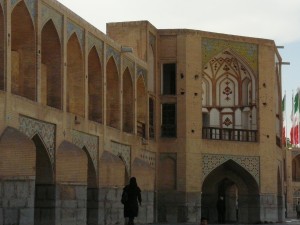 Beneath what should have been this wide waterway was nothing more than a brown, dusty riverbed. No water flowed underneath; only the bridge itself, standing as a shell of historic memories. 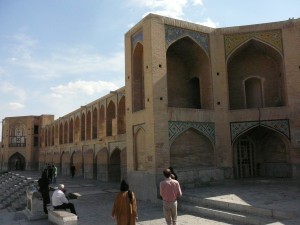 At one end we took a short flight of stairs to the lower level where, at the base of an archway (the first of a dozen which support the bridge itself) sat a group of men leaning against the pillars of arches. 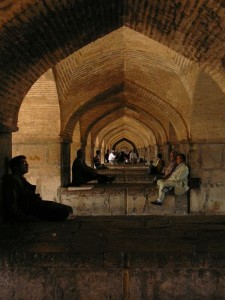 We took a seat across from them near another pillar and within a minute one of the men began to sing, a solo which seemed familiar to the others who listened attentively.

No one spoke as the song filled the cavernous row of connecting arches. The moment he finished, another man began to sing. Only he stood up, as if in Carnegie Hall, and lifted his chin high as his voice, sweet and melodious, touched each member of his impromptu audience.

One after the other came the rendering of song, a summer concert for the dozen or so of us who were fortunate enough to have stumbled onto this secluded concert.

After crossing the bridge, we entered a park where we discovered a stunning statue of Moulama, the founder of the Sufi religion, playing a flute. 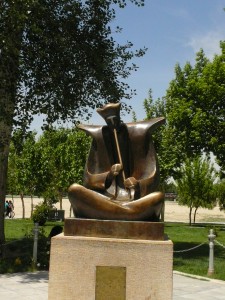