Our trip began with three nights in Tehran, Iran’s capital of eleven million people, dramatically set against a snow-capped mountain range. We stayed at the new five-star Espinas Hotel in Tehran. 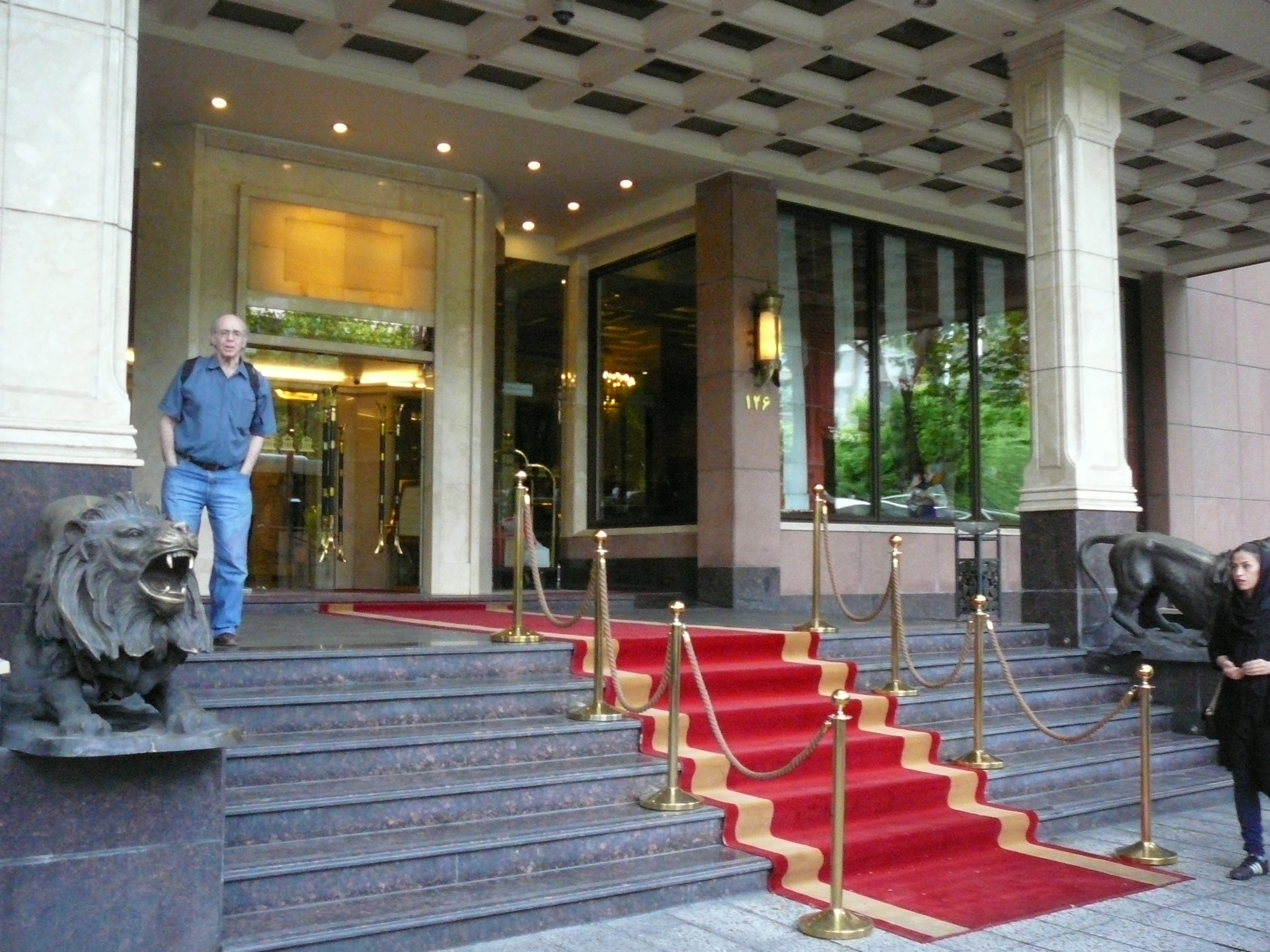 About eighty percent of that city’s buildings are no higher than two stories. That’s because Iran has always been a center for earthquakes.

The result is that the city covers an enormous area. Even in ancient times, we learned, the Persians had a way of minimizing earthquake damage by inserting wooden blocks into their columns. The wood would “give” and allow the stones or tiles to move without breaking or crumbling. 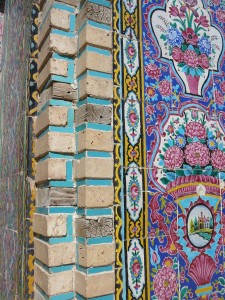 … The first evening we traveled an hour north to the Darband district, an upscale residential area at the foot of the mountains, which also includes a tourist section. We ended up on a mountainside in a coffee shop where a dozen sixteen-year-old girls descended upon us with giggles and questions. They kept saying “I love you,” and that they wanted to come with us. While we were with them, a ferocious hail storm sent down two inches of ice and forced us to stay longer than we had planned…but also allowed us to enjoy the exuberance of these teens who actually spoke fairly good English and posed with us for a dozen or so pictures. 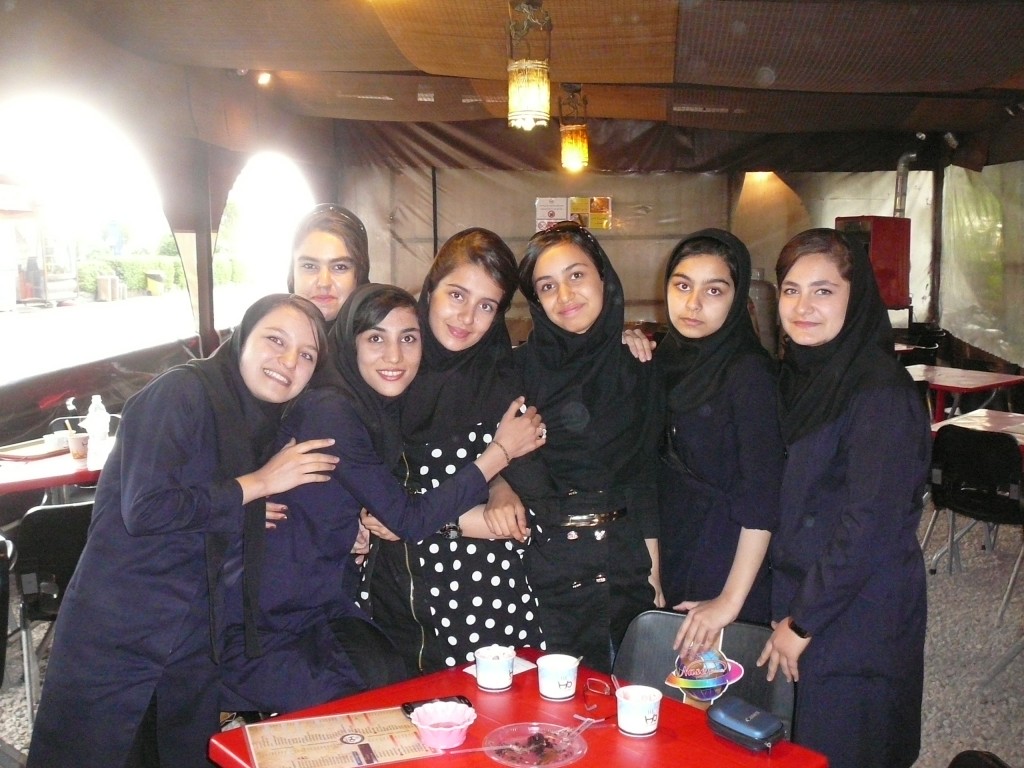 When the sky cleared, we headed for our restaurant, passing luxury apartment buildings on the way as well as lots of fruit and produce vendors. 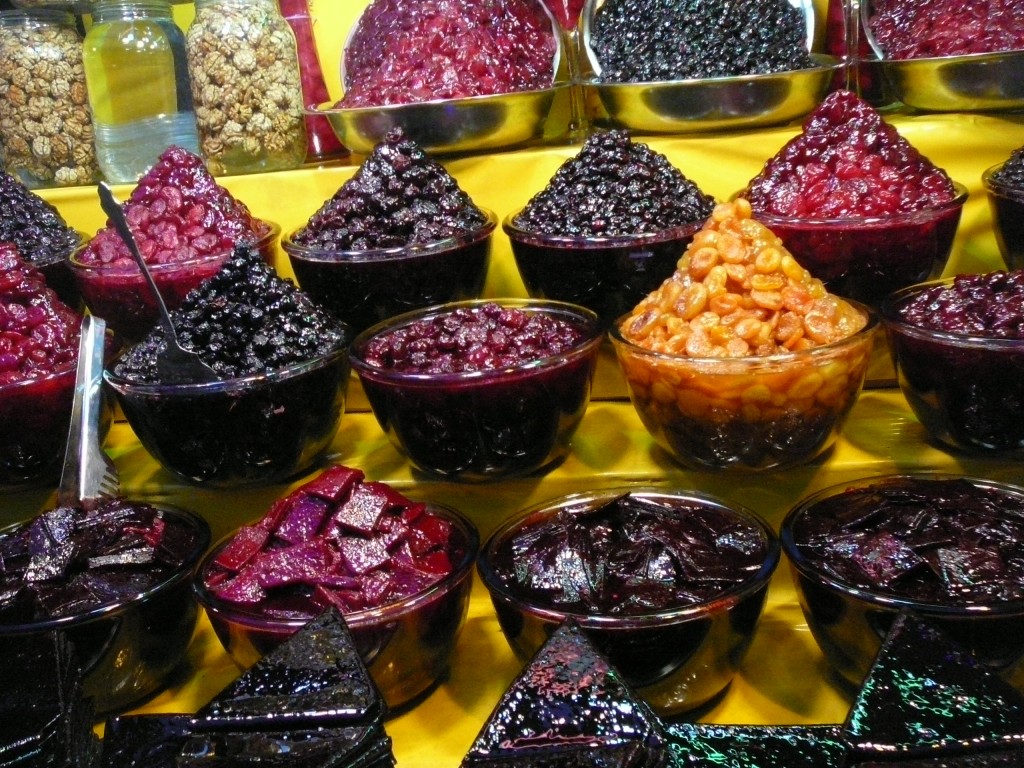 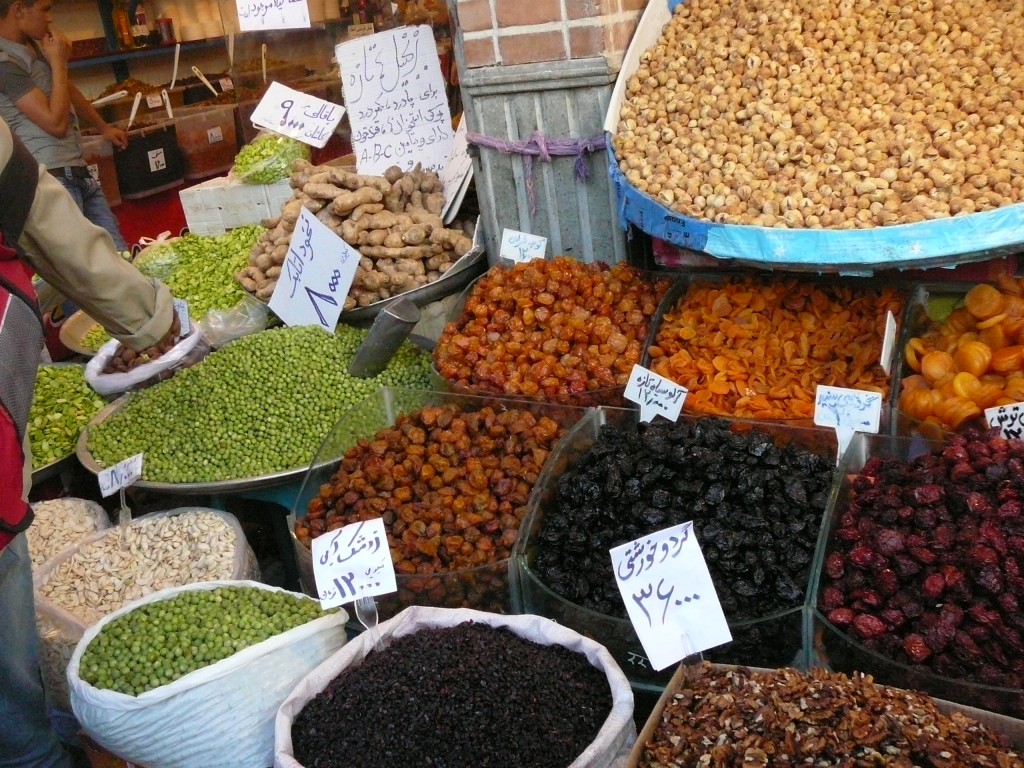 We ate outside in a terraced restau­rant, beautifully designed and landscaped, with magical lighting. 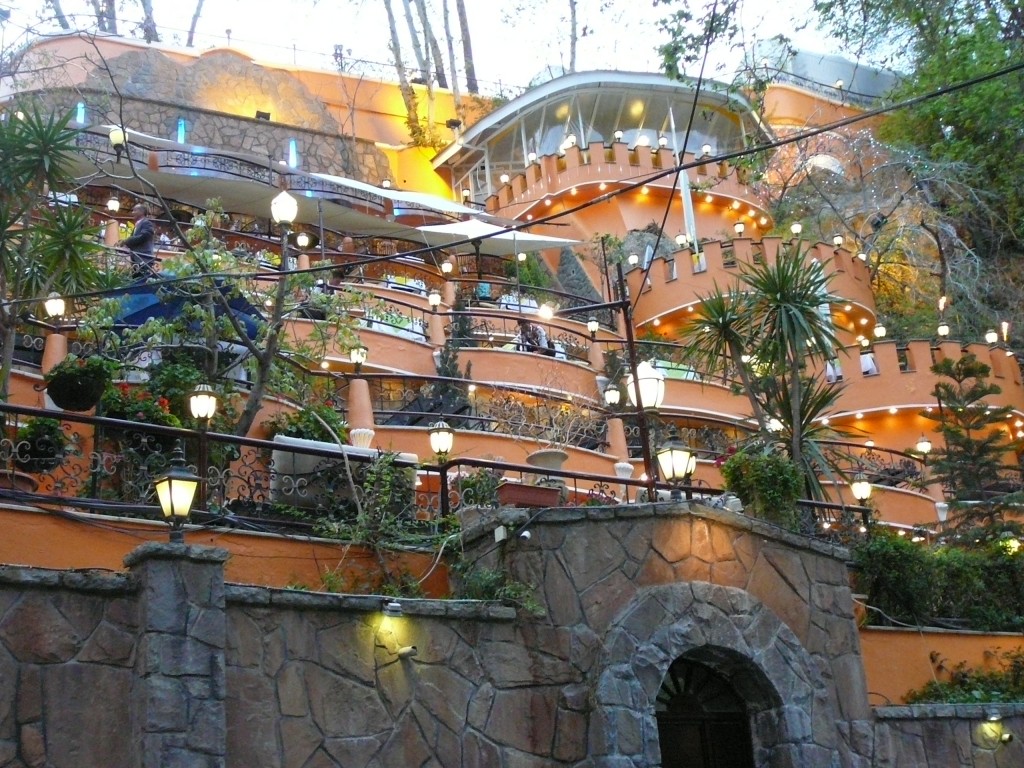 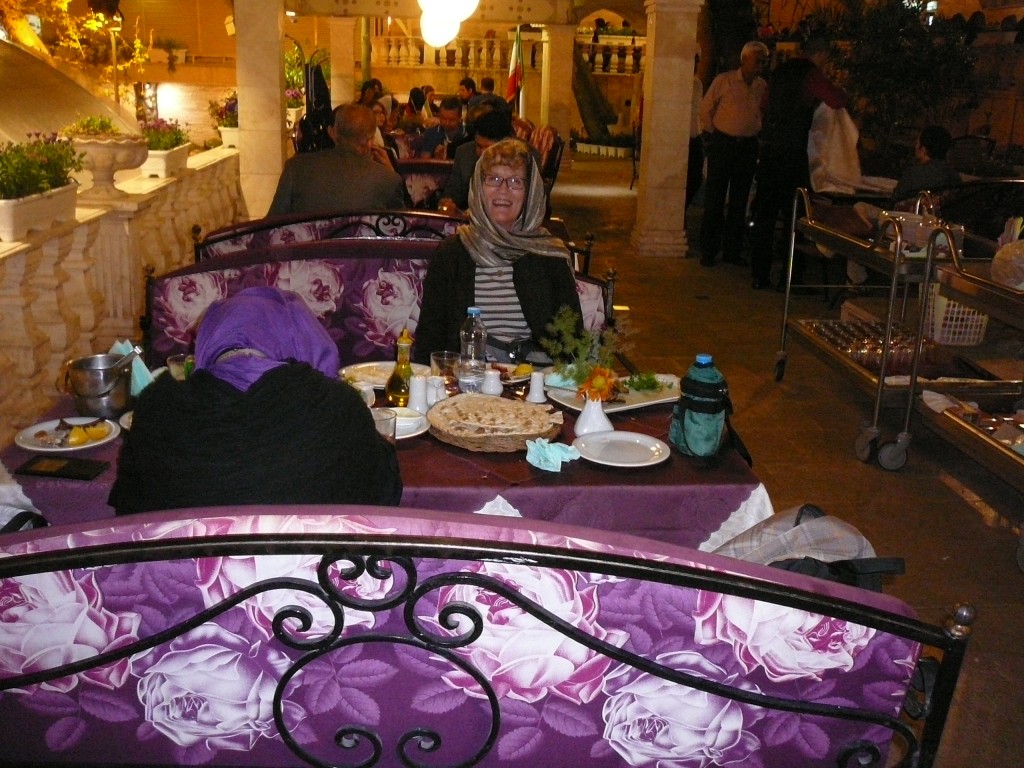