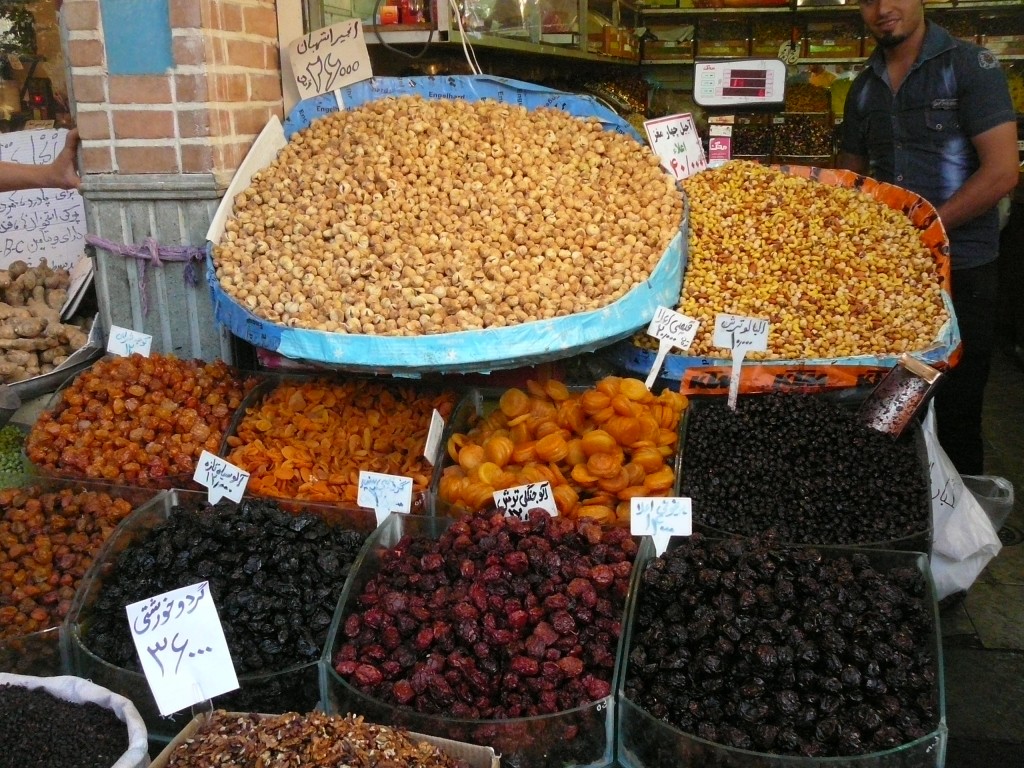 While touring Tehran one of the highlights was visiting The Grand Bazaar:

“Located at the Arg Square in Southern Tehran, the bazaar is split into several corridors over 10 km (just over 6.2 miles) in length, each specializing in different types of goods, and has several entrances, with the main being the entrance of Sabze Meydan. In addition to shops, the Grand Bazaar of Tehran has banks, mosques and guest houses. 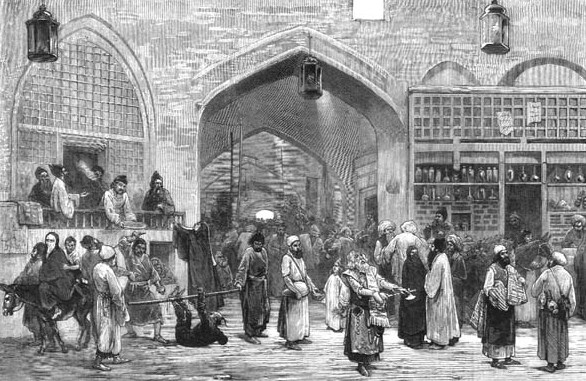 It is hard to say exactly when a “bazaar” first appeared in the area, but in the centuries following the introduction of Islam, travelers reported the growth of commerce and shops in the area now occupied by the current bazaar. The Grand bazaar is essentially a continuation of this legacy.” 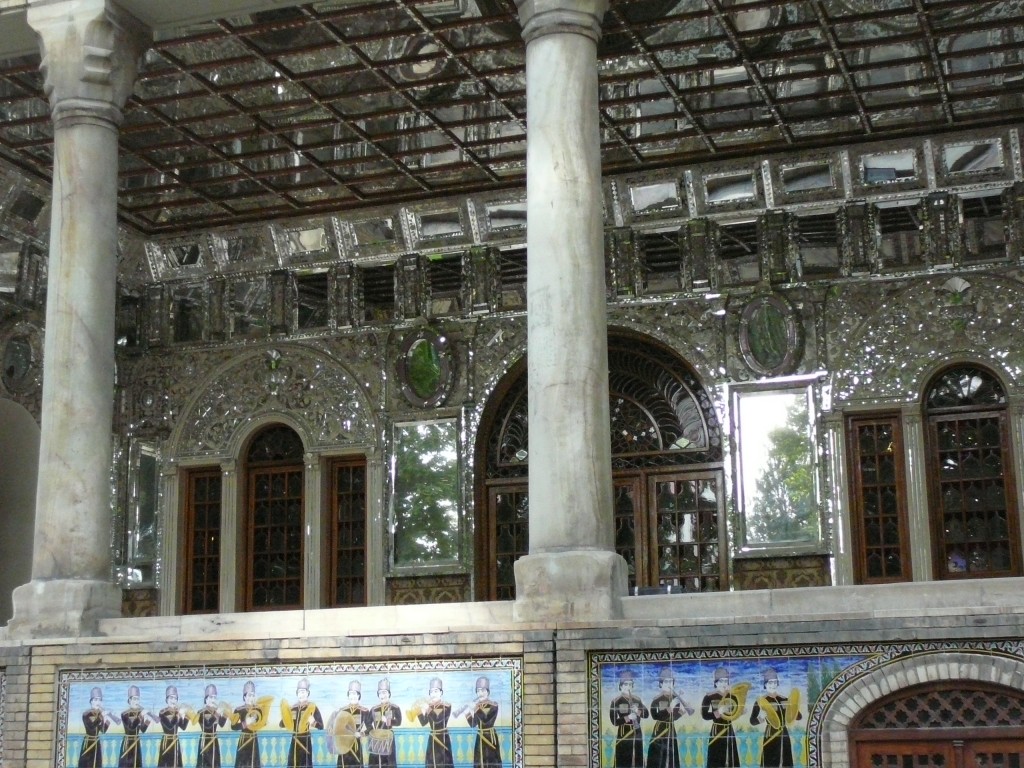 Public Art Park where students study and display their works 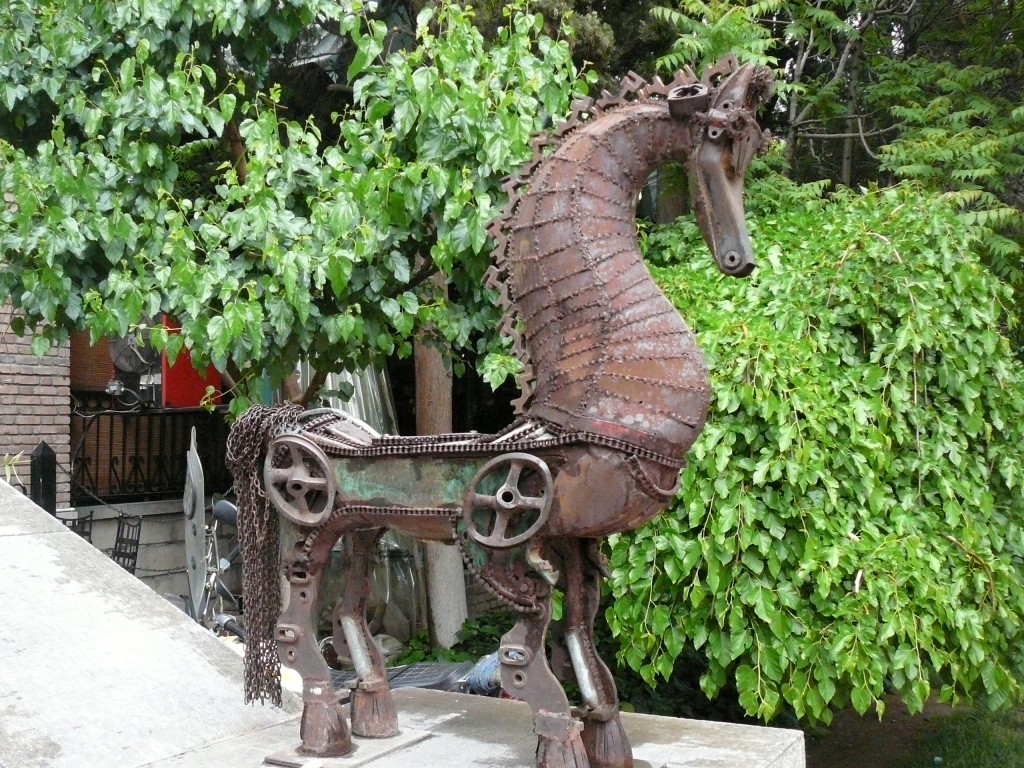 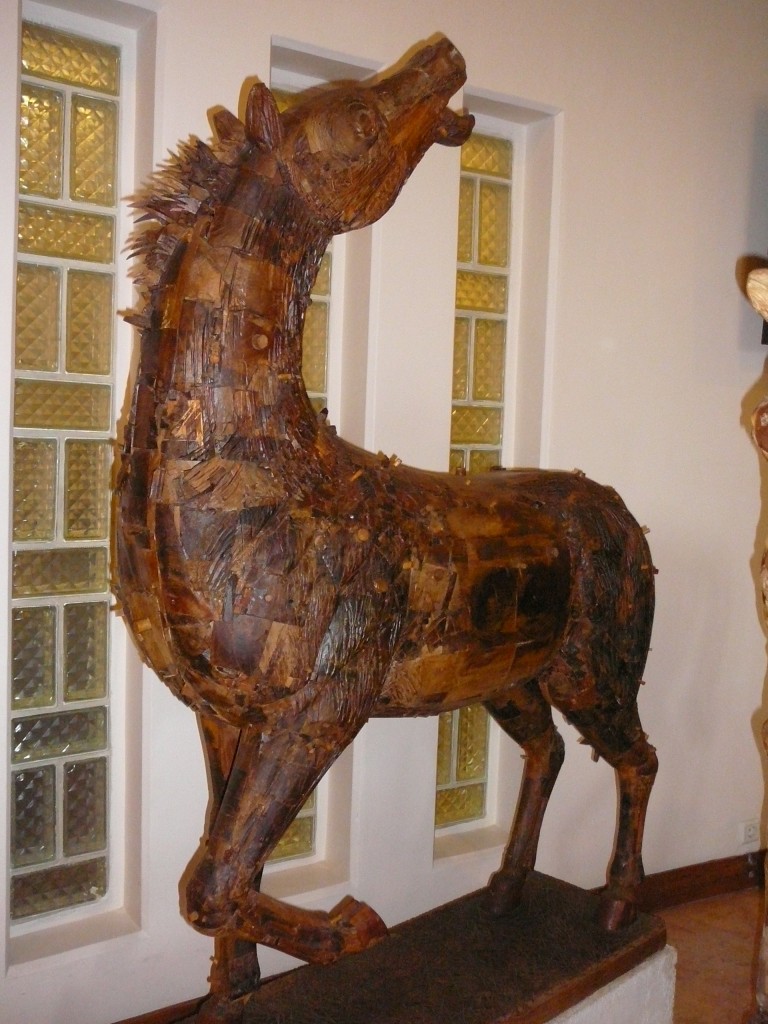 You can also visit the non-Muslim neighborhoods—home to Zoroastrians, Armenians, Jews, and Christians. This is also the area where all the embassies were located— Turkey, Russia, Great Britain, Germany and Greece. 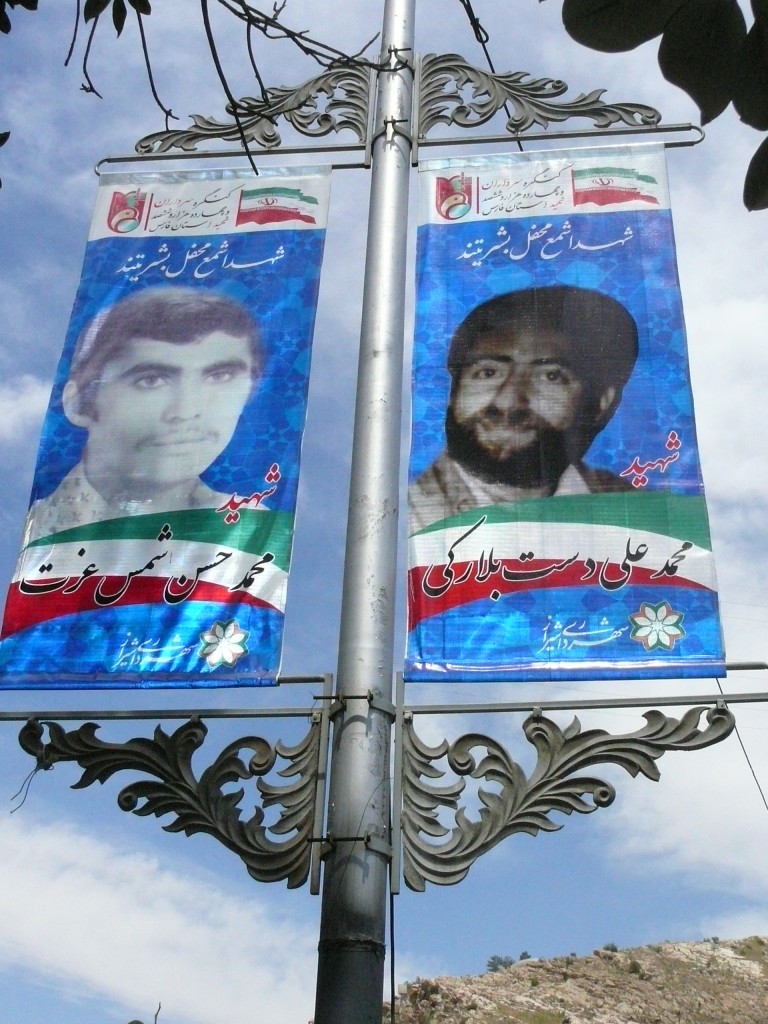 On a more serious note, one of the most moving sights we unexpectedly encountered was found on the medians of wide boulevards in every large city we came to.

There, framed side-by- side on tall poles, spaced about 50 yards apart, one after the other, hung two enormous pictures of smiling faces of young men.

When we asked who they were, we were told they were martyrs from the Iran/Iraq war of the 1980s…gone, but not forgotten.