Yes, I had to wear a scarf at all times outside our hotel room (which, after three weeks, I found very confining); but otherwise, there were no limits on what we could say, where we could go or what we might explore.

In fact, the casual way some Iranian women wear their scarves almost makes you feel it’s not mandatory but it is – so don’t forget! 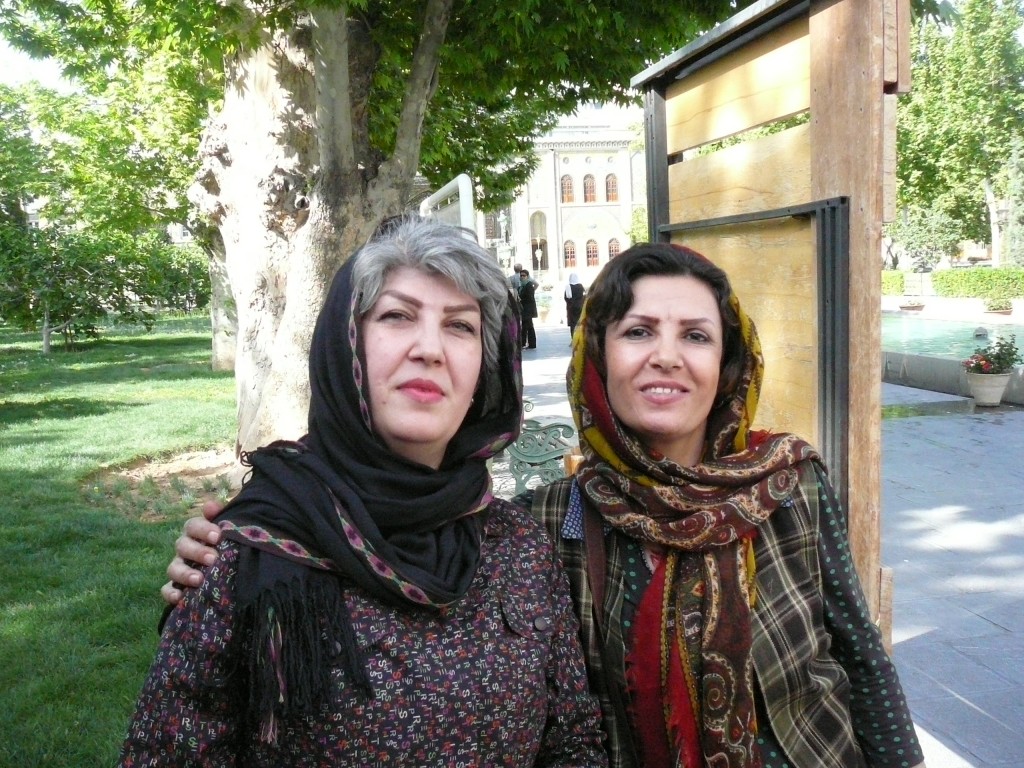 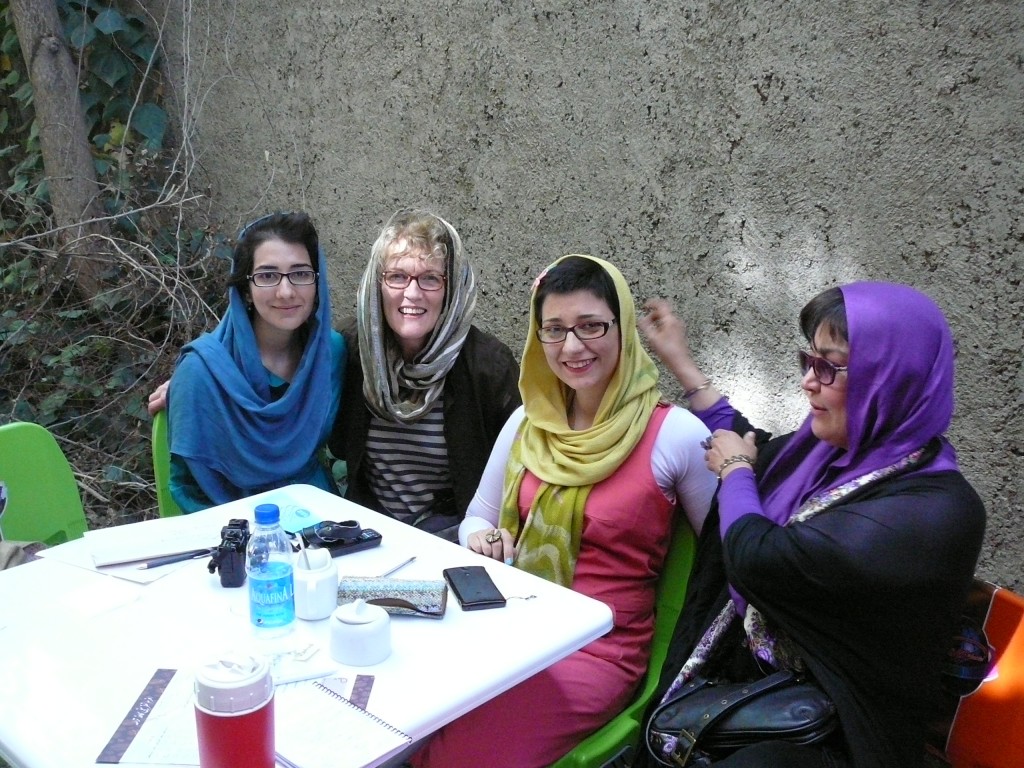 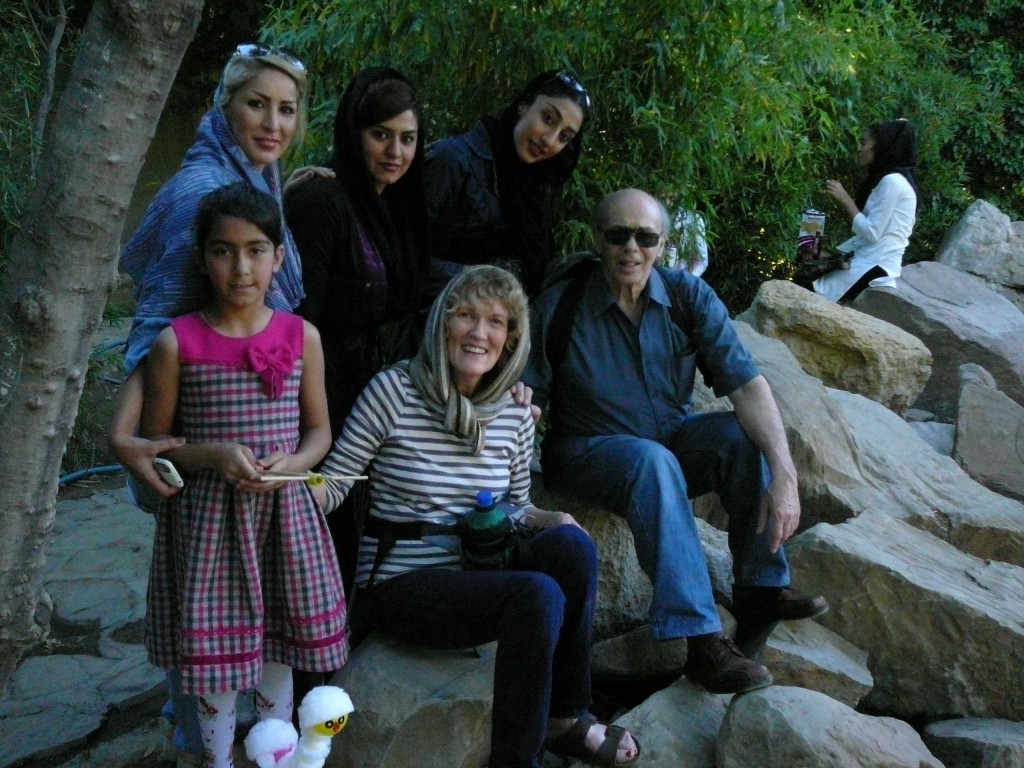 From time to time I asked other women how they felt about wearing the scarf. Half said they liked it and half did not. On the plus side, I began to realize that wearing a scarf means you don’t have to wash your hair so often. 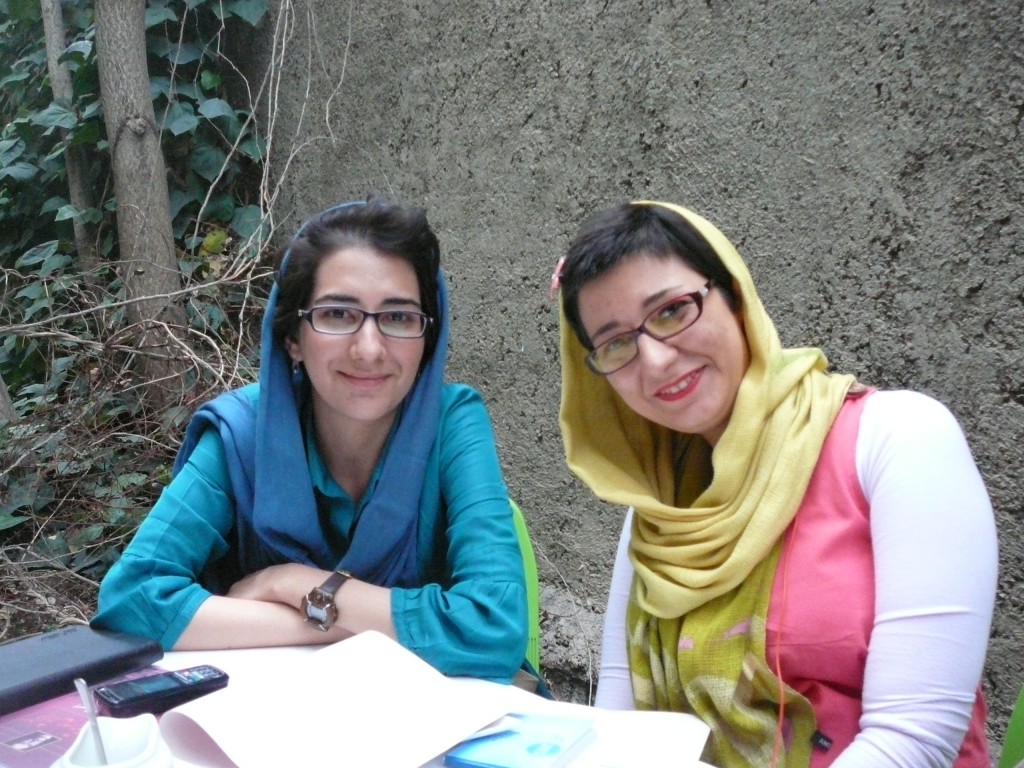 I also noticed that women found other ways to reveal their individuality—in wearing jeans, colorful tops and printed scarves, bright fingernail polish (like turquoise!), interesting jewelry and exotic makeup along with the latest in modern shoes, including sandals. 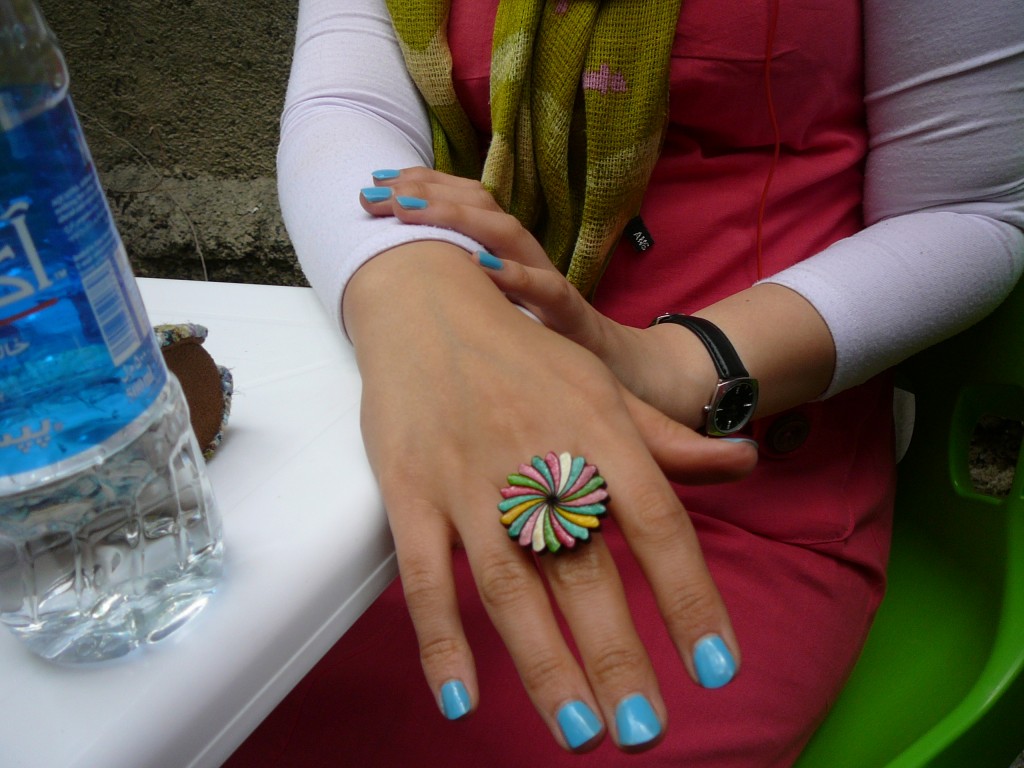 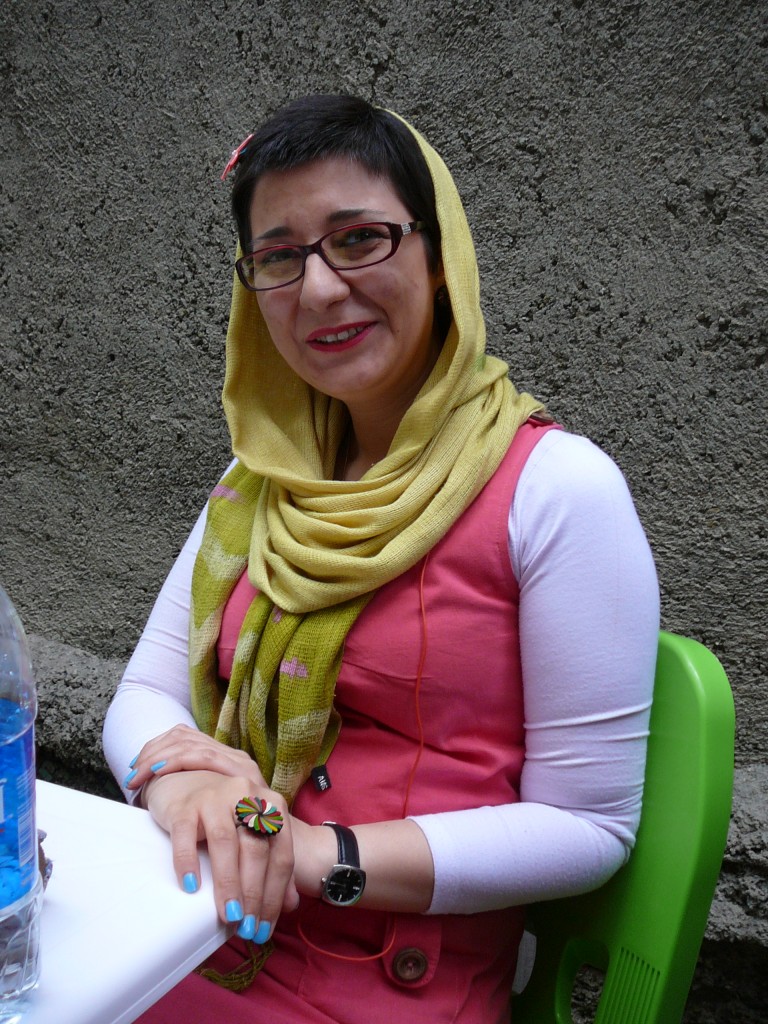 When we were in certain cities, such as Yazd, our guide would point out that the people there were very religious, an attitude evident in the women’s wearing full and flowing black garments and scarves. Since we often had windy spells, I found their black robes undulating, flapping and flying in the air akin to some exotic bird who’d come to enchant us. 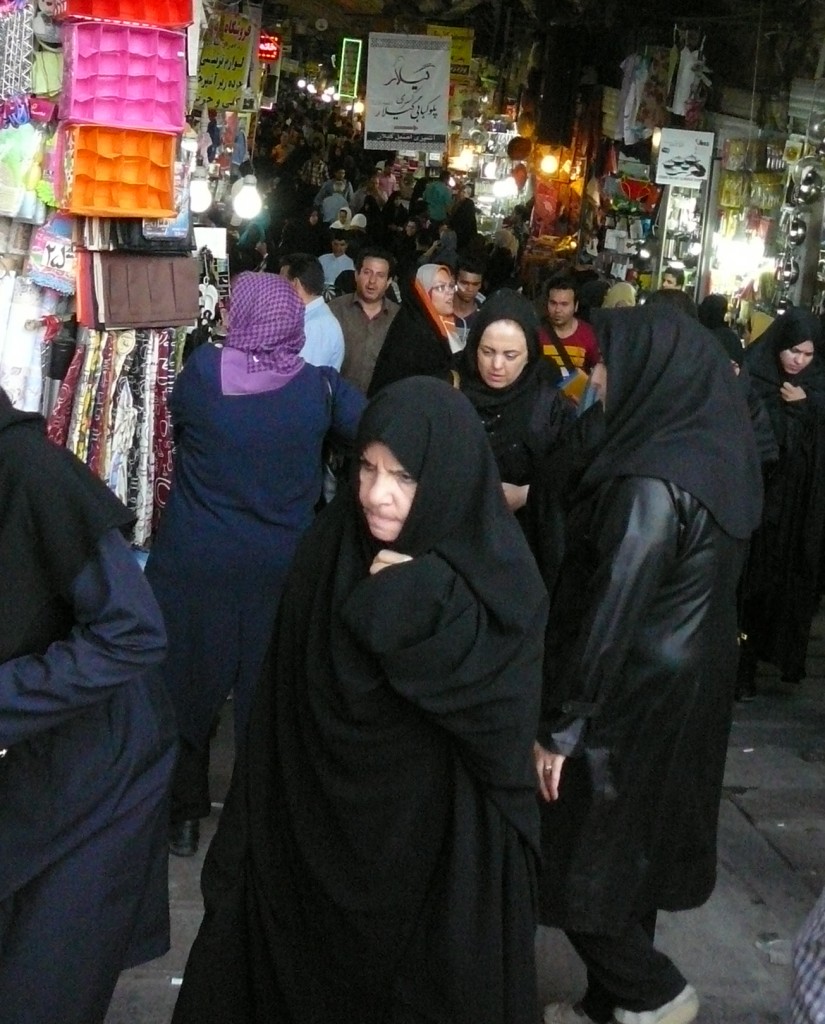 In answer to my question, “At what age are girls required to wear the scarf?” Nahdi said, “Starting at age nine.” But in the more religious areas, we saw little girls wearing them at six or seven. In one town, I took a picture (from a restaurant’s balcony) of probably seven-year-olds playing in a schoolyard, all dressed in pink and gray uniforms and scarves. 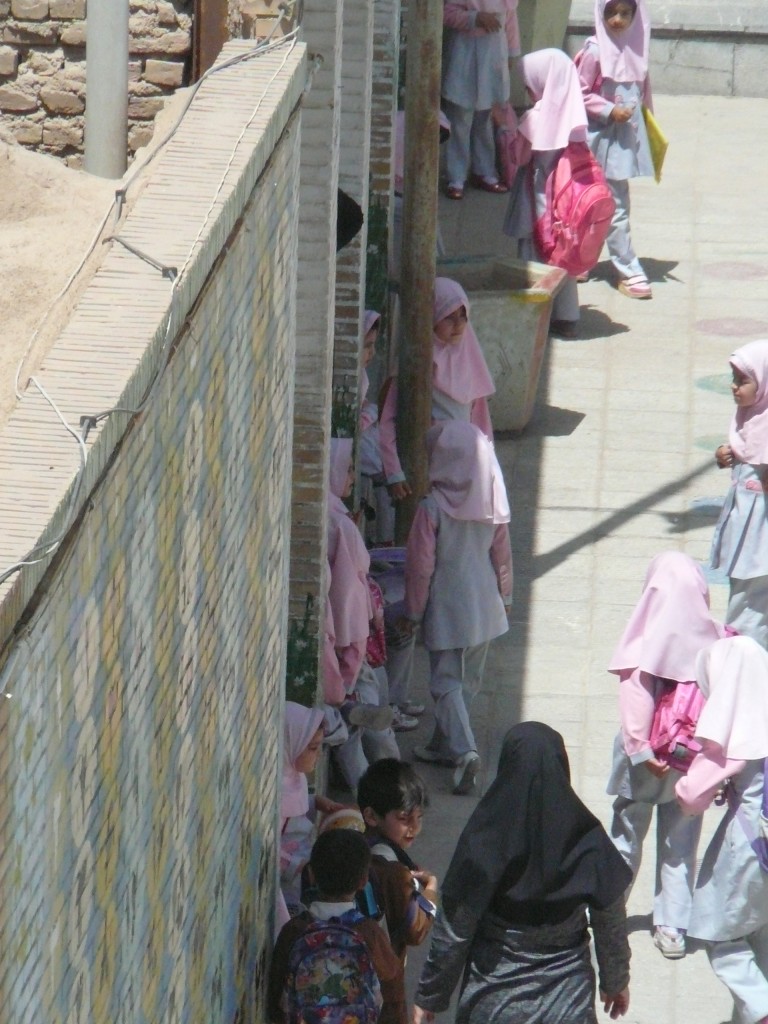