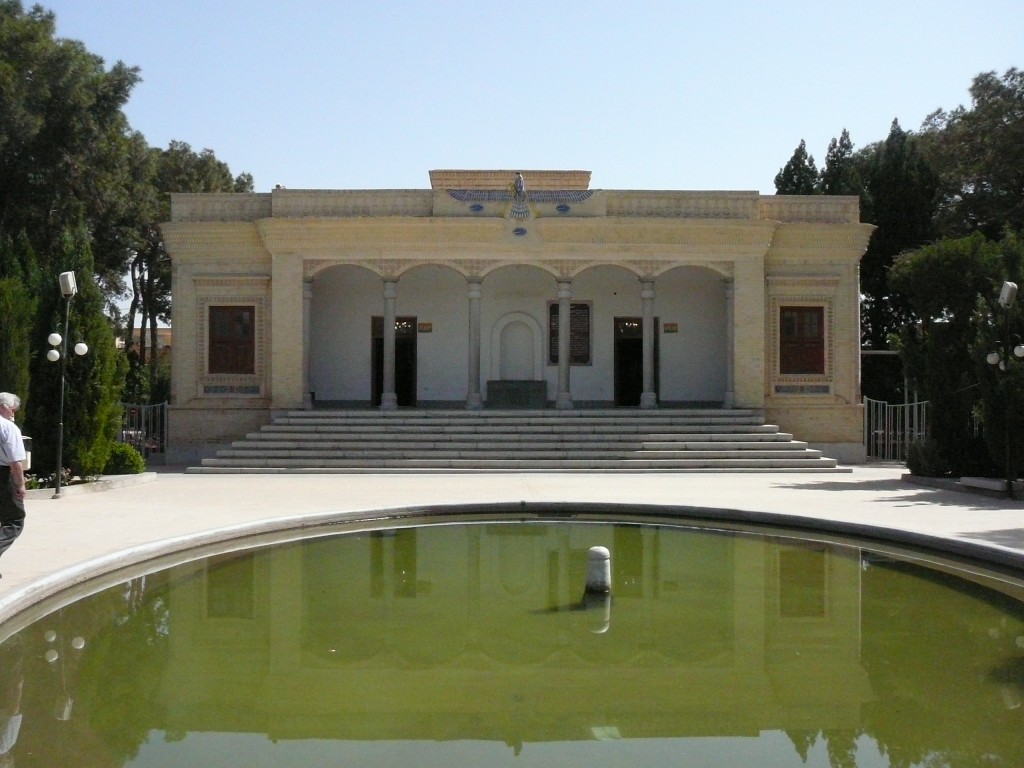 Zoroastrians and their Tower of Silence

Yazd remains a center for the Zoroastrians — an ancient Iranian religion and we were anxious to visit the Zoroastrian Fire Temple with its distinctive insignia.

Zoroastrianism is one of the world’s oldest monotheistic religions (they believe that there is only one God). It was founded by the Prophet Zoroaster in ancient Iran approximately 3500 years ago.

According to the BBC:

“For 1000 years Zoroastrianism was one of the most powerful religions in the world. It was the official religion of Persia (Iran) from 600 BCE to 650 CE.

It is now one of the world’s smallest religions. In 2006 the New York Times reported that there were probably less than 190,000 followers worldwide at that time.”

In Iran there is believed to less than 25,000 followers.

Zoroastrians are not fire-worshippers, as many Westerners thnk.

Zoroastrians worship communally at a Fire Temple or Agiary and believe that the elements are pure and that fire represents God’s light or wisdom.  Zoroastrians traditionally pray several times a day. 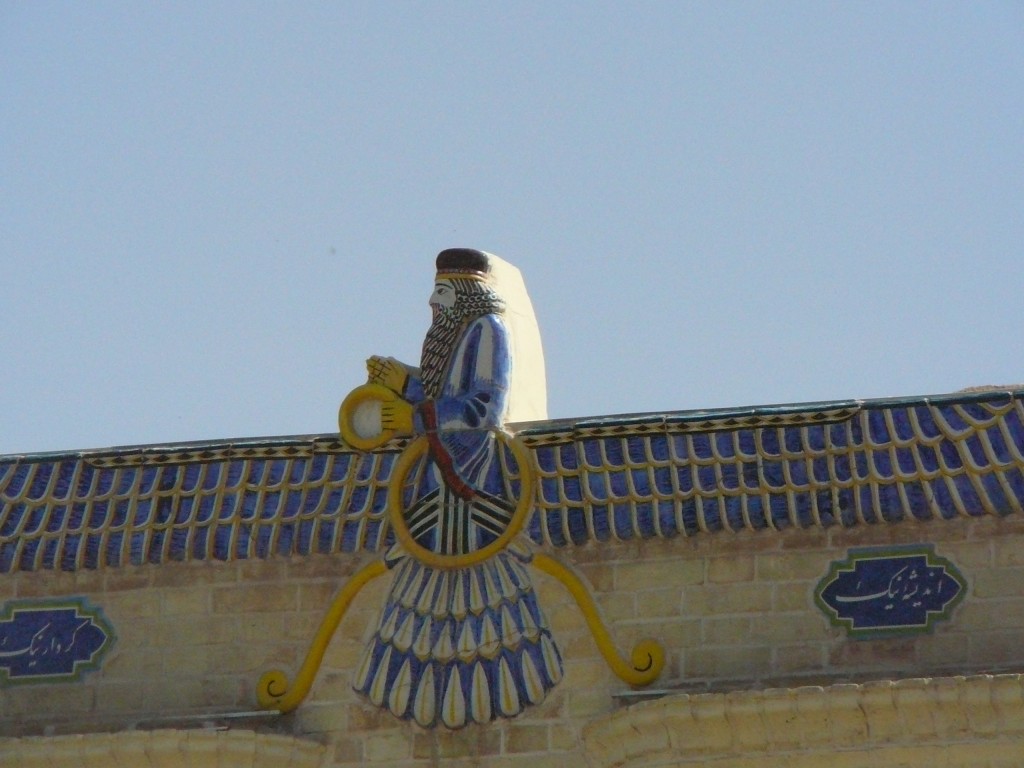 Inside the temple at Yazd its ancient flame continues to burn as it has for the last 1,500 years. 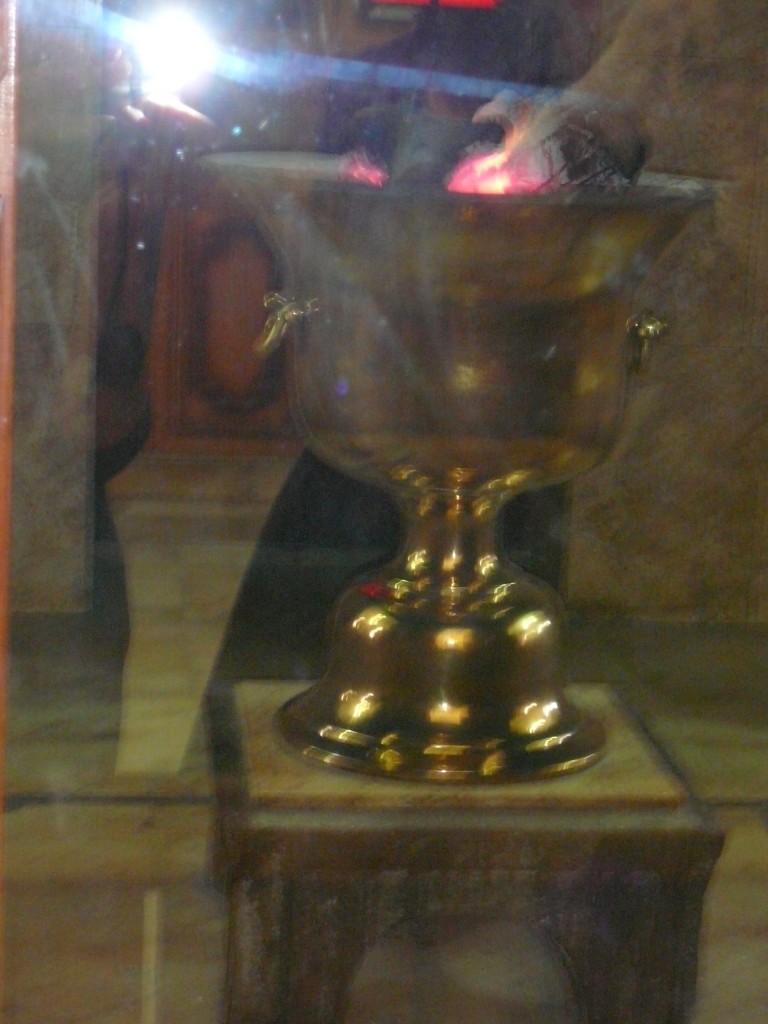 Just outside of Yazd we were fascinated by the Towers of Silence, large circular enclosures constructed on top of two mountains by the Zoroastrians.

The Zoroastrians are (in)famous for their tradition of exposure or ‘laying out the dead’. 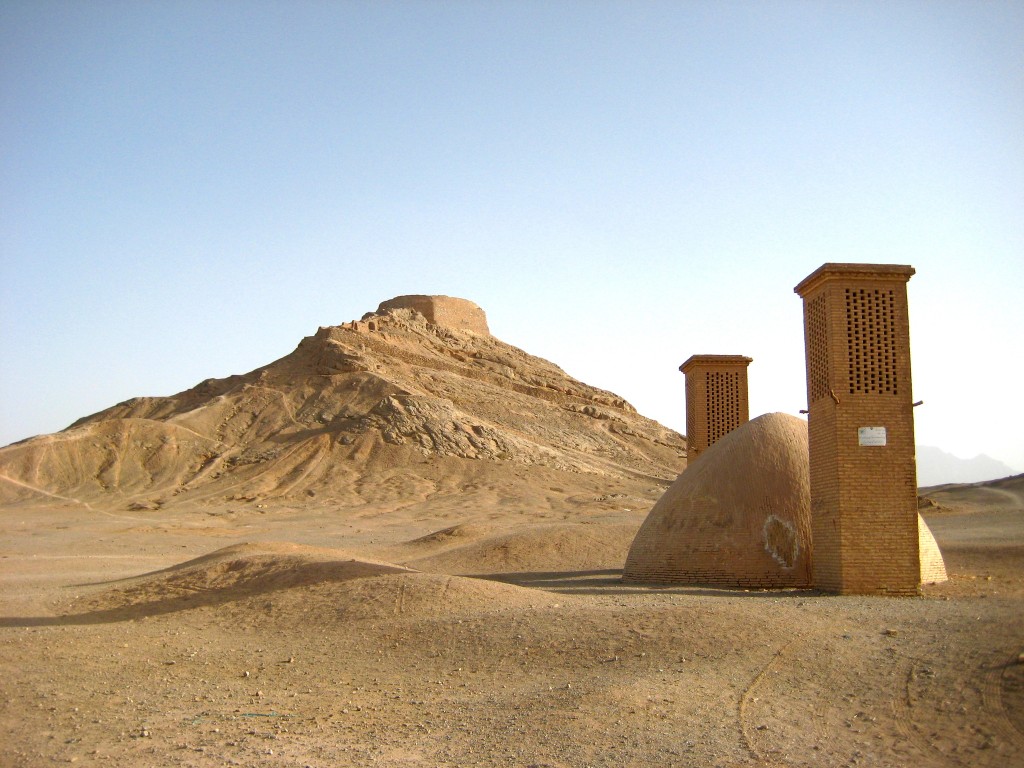 Towers of Silence, in Yazd Iran

Zoroastrians believe that as soon as the breath has left it, the body becomes impure. Contaminating the elements (Earth, Air, Fire and Water) with decaying matter such as a corpse is considered sacrilege.

Instead of burying their dead, the Zoroastrians traditionally laid out the dead on a purpose built tower (dokhma or ‘Tower of Silence’) to be exposed to the sun and eaten by birds of prey such as vultures.

At the base of these mountains was a community of mud houses where the relatives would stay while the birds did their job.

This practice continued until about fifty years ago in Iran when it was banned for health reasons. 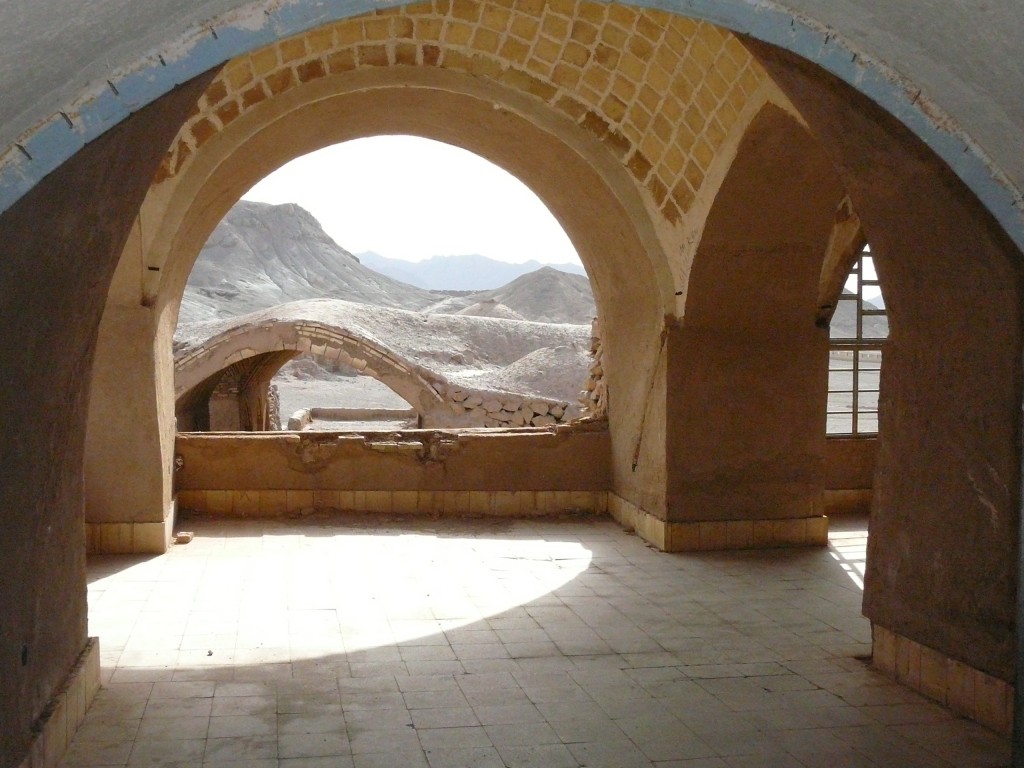 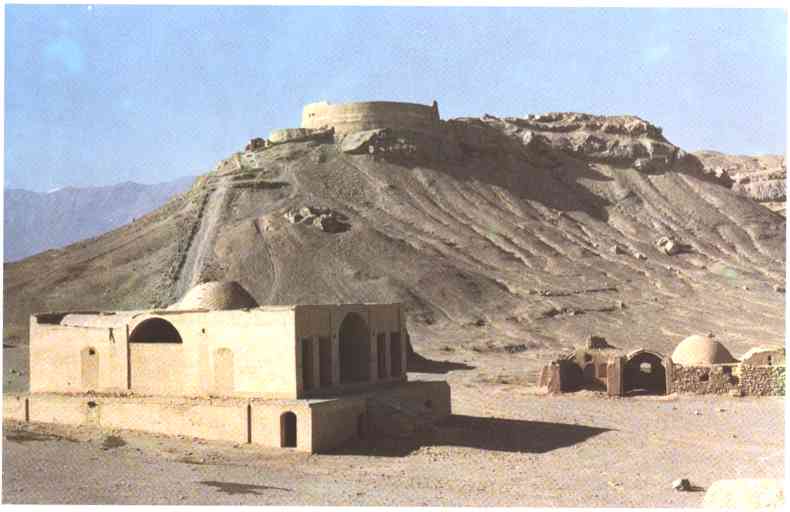