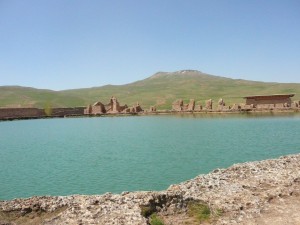 “The archaeological site of Takht-e Soleyman, in north-western Iran, is situated in a valley set in a volcanic mountain region.

The site includes the principal Zoroastrian sanctuary partly rebuilt in the Ilkhanid (Mongol) period (13th century) as well as a temple of the Sasanian period (6th and 7th centuries) dedicated to Anahita.

The site has important symbolic significance. The designs of the fire temple, the palace and the general layout have strongly influenced the development of Islamic architecture.” 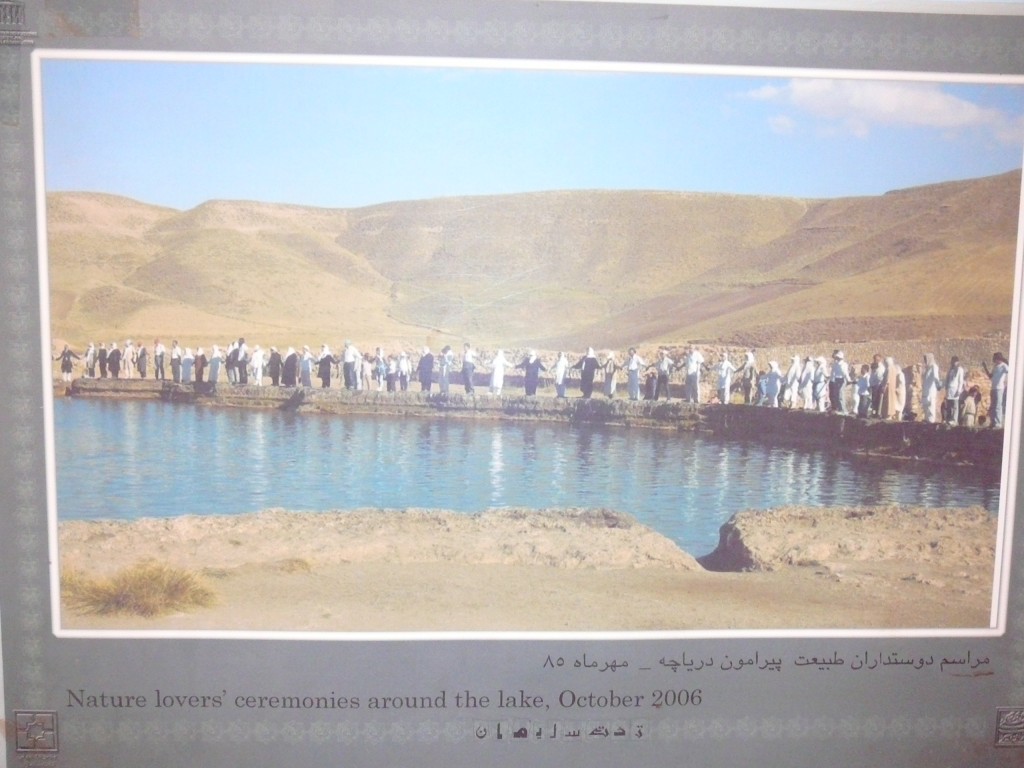 In the 3rd century,it stood as a holy site and center for Zoroastrians. We were told that there are only three such energy sources on the planet according to the Zoroastrians. The ancient fire temple still serves pilgrims performing Zoroastrian ceremonies.

Every few years in October, hundreds of people wearing white garments join hands during a special ceremony around the bottomless lake to absorb the astral energy emanating from its center. The picture we found wasn’t very clear. 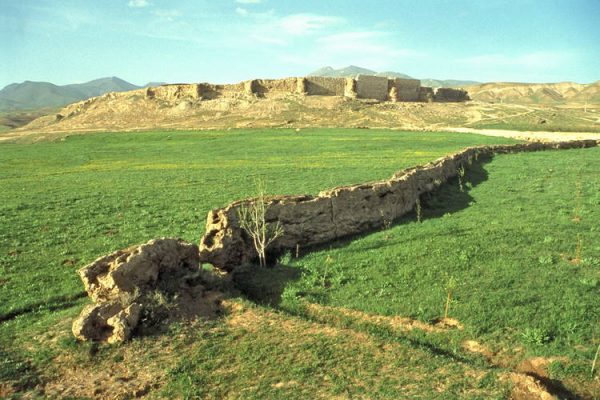 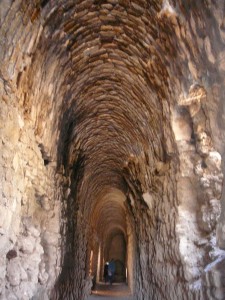 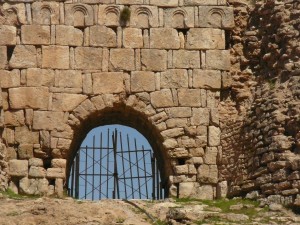 Our next few days took us north to a small, yet popular tourist city called Masouleh. 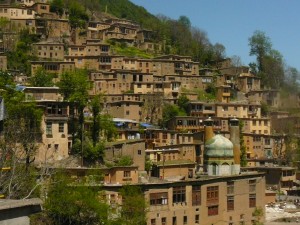 Built into the side of a mountain, Masouleh’s houses stair-step into each other by having the roof of the lower house serve as the floor to the one above it, a charming and picturesque connection.

The verdant terrain around Masouleh was so different from other parts of Iran we had seen. It reminded us of the tropical island of Bali, a place we know well, with its lush vegetation, winding canals and rice fields.